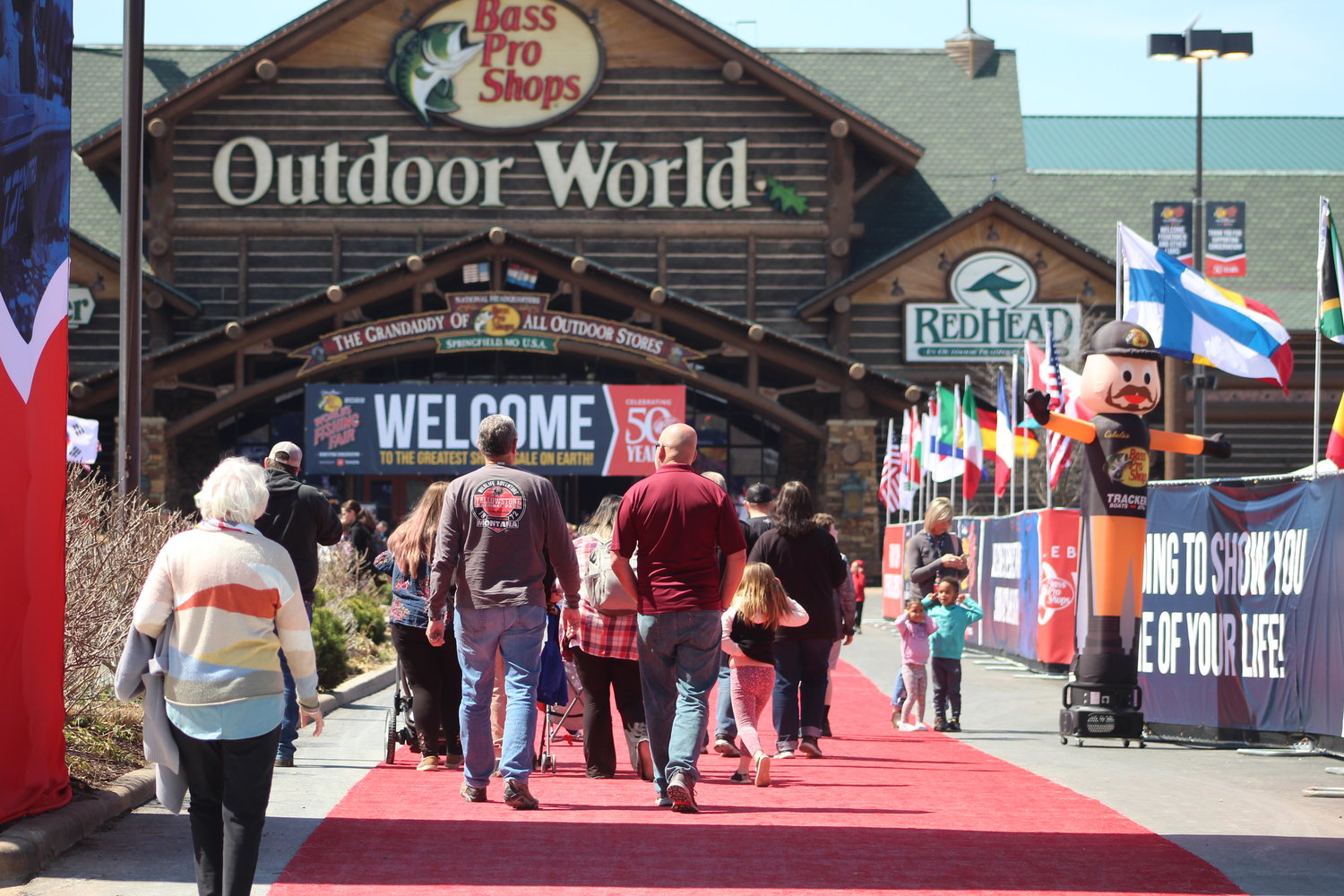 Johnny Morris’ love of fishing the rivers and lakes of the Ozark would eventually manifest into a billion dollar industry and it all started 50 years ago at a BASS Fishing Tournament. When he saw the need for these tournaments, Morris planned to sell bait and fishing tackle from eight cubic feet from his father’s liquor store, Brown Derby. His passion became what would be known as the largest fishing and hunting chain in existence, Bass Pro Shops.

Morris has 177 stores across the United States, each designed to be a sportsman’s paradise. Morris’ love of the outdoors is evident through recreated nature scenes in each store, giving visitors and shoppers the feeling of swimming beside Garr or hunting deep in the woods. In 2017, the hunting and fishing giant opened the world’s largest aquarium, the Johnny Morris Wonders of Wildlife National Museum and Aquarium. The non-profit, conservation-themed educational attraction attracts guests from around the world.

To celebrate his success and his love for the sport, Morris decided to hold another World Fishing Fair to commemorate 50 years in the industry. The very first Morris World Fishing Fair was held in 1988, attracting over 250,000 visitors. This year, however, was no ordinary fair; carnival rides, games and delicious food vendors were all present, along with fishing legends: Bill Dance, Roland Martin and Jimmy Houston.

“Johnny’s dreams have come true,” Houston said. “We have always been big supporters of Bass Pro Shops and will be here for its 100th anniversary.”

“He has not only been a very dear friend, but no one in this country has done more for conservation than Johnny Morris,” Dance shared. “His dreams are getting bigger and bigger and he is making those dreams come true.”

“I think Johnny is the greatest environmentalist of our time,” Martin added. “The fishing is better now than it has ever been in our lifetime and it will continue to get better just because of passionate people, people like Johnny.”

The fair had no shortage of famous fishermen or outdoor personalities, numerous seminars and demonstrations organized for the public. Other distinguished guests included a panel of NASCAR drivers: Dale Jr & Kelly Earnhardt, Noah Gragson, Joe Gibbs, Martin Truex Jr, Austin Dillon and Richard Childress. Morris seemed to have friends in all industries and professions making appearances throughout the fair. Comedian and actor, Larry the Cable Guy, made his guests laugh about his grandmother’s love for Bass Pro Shops. Larry said Morris’s conservation efforts were inspirational.

Conservation was obviously at the heart of the event, with 50% of all entries to the fair benefiting various fish and wildlife organizations: Ducks Unlimited, National Wild Turkey Federation’s, International Game Fish Associations, National Wildlife Federation and many more. others. Tickets gave guests access to incredible knowledge, gear, and a great time.

“I have a two-year-old son and I love taking him outside…I had him in the creek the other day,” added Childress’ grandson and current NASCAR racer Austin Dillon, who kicked off the fair on Thursday with a burnout in his #3 car in front of the “Granddaddy Store”.

“Just knowing that sustainability is great with people like Johnny Morris…I want all young people to experience what I’ve been able to do and that’s hang out with my family and my grandpa.

Families were seen making happy memories each day of the fair. However, the fun didn’t stop there. Morris pulled out all the stops to host “Concerts for Conservation,” a three-day concert series featuring some of the biggest names in country music. Artists included Luke Combs, Luke Bryan, Dierks Bentley, Chris Janson, John Anderson, Lindsay Ell, and Hank Williams Jr. In total, Morris’ efforts raised over $1.5 million for conservation.

More than half a million visitors from all over the United States attended the fair, a sign of promise for the future of conservation. A new fishing rod in hand and the iconic Bass Pro Shop cap meant visitors were hooked on the Bass Pro Shop motto, we all live down stream, knowing that’s more than just a saying, it’s is a way of life.

Rick and Mike get you ready for the World Fishing Show