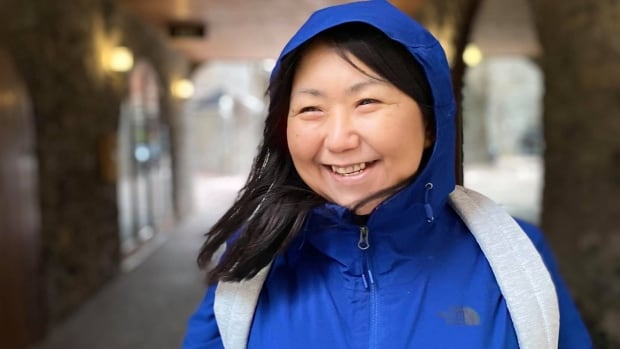 “Why lock the door?” “: Nunavut television network wants to broadcast next Baffinland hearings

A Nunavut television network is asking the Nunavut Impact Review Board (NRB) for permission to broadcast its upcoming meetings on Baffinland’s controversial proposal to expand its Mary River mine.

A petition filed with the CNER on September 15 by the Nunavut Independent Television Network (NITV) asks the commission for the right to broadcast and rebroadcast the hearings, which resume in November.

Earlier this year, the council denied the television network, which operates Uvagut TV, permission to broadcast the hearings, saying it could “interfere with, disrupt or distract from the council’s objective in the conduct of procedures, â€according to NITV, in an email to CBC News. .

The extended public hearing for the Baffinland Phase 2 development proposal will take place November 1-6 in Iqaluit.

In addition, there will also be a hub for participants in Pond Inlet, Nunavut, and an audio / video Zoom link and teleconference option for remote participants.

Lucy Tulugarjuk, executive director of NITV, said the network wanted to broadcast the hearings both live and replay, so that more people, including beneficiaries, had access to the material.

â€œInuit have a right to hear what is happening on Inuit lands,â€ she said. â€œWhy lock the door to a limited number of people when you can have it accessible to all beneficiaries via television? “

“It’s in their hands”

The television network was granted special permission to broadcast the hearings live in January and February, mainly due to travel restrictions imposed due to COVID-19. But in late March, after the TV network wrote to the NIRB asking for permission to rebroadcast the footage before the next round of public hearings, it was denied.

NITV says its current motion to the board “challenges this decision as vague and arbitrary and in violation of the rights of Inuit to meaningful participation and access.”

One of the reasons given by the board was that parts of the proceedings could be taken out of context.

Tulugarjuk disagrees and said seeing the show or replay, even in part, probably wouldn’t change your mind.

â€œEveryone has their own thoughts,â€ she said. “[People] should have the chance to see it if they wish. “

It is unclear when the review panel will render its decision on whether NITV can air the upcoming November meetings.

â€œIt’s in their hands,â€ said Tulugarkuk, and encouraged the Inuit of Nunavut to â€œhave a sayâ€.

â€œYour voice is important,â€ Tulugarjuk said. “And, for the leaders elected to take their seats, remember who voted for you. Hopefully, in the end, we consider all Inuit voices.”

Three alumni swore in a statement that they were relying on NITV for their information. They include Anita Uluttuuvak, Jayko Ootoowak and Madeline Ivalu.

Uluttuuvak, an Inuk from the Qikiqtaaluk area and resident of Pond Inlet in May, said in her affidavit that she was affected by the Mary River mine.

She said that despite having “gone to university, I have difficulty reading, understanding and ingesting large volumes of written material,” according to the affidavit.

â€œBased on my extensive knowledge of Inuit culture and the community in which I live, I believe that many members of my community prefer to learn and understand complex issues in the same way.

She added in the affidavit that she found it impractical for her to navigate the CNER website and read “significant volumes of material” on the development proposal and the hearings.

She also said that although the hearings are broadcast online, Internet access can be unreliable and expensive.

The petition was prepared by NITV legal counsel Tess Layton and Qajaq Robinson.

“Decision-making bodies like the NIRB need to be transparent and accessible, especially for those whose rights are going to be affected,” Robinson said.

Robinson argued that if people were only given the chance to watch the proceedings live, it would be more likely to result in “limited and fragmentary information accessible” instead of having the opportunity to watch the whole thing at the time. a replay.

In an email to CBC, the board said it is considering the motion and “will provide further guidance in due course.”

Karen Costello, executive director of the board, said the board could not provide an interview because the board “is considering the motion and in the overall decision making for Mary’s Phase 2 project proposal. River “.

New World Fishing: How To Unlock