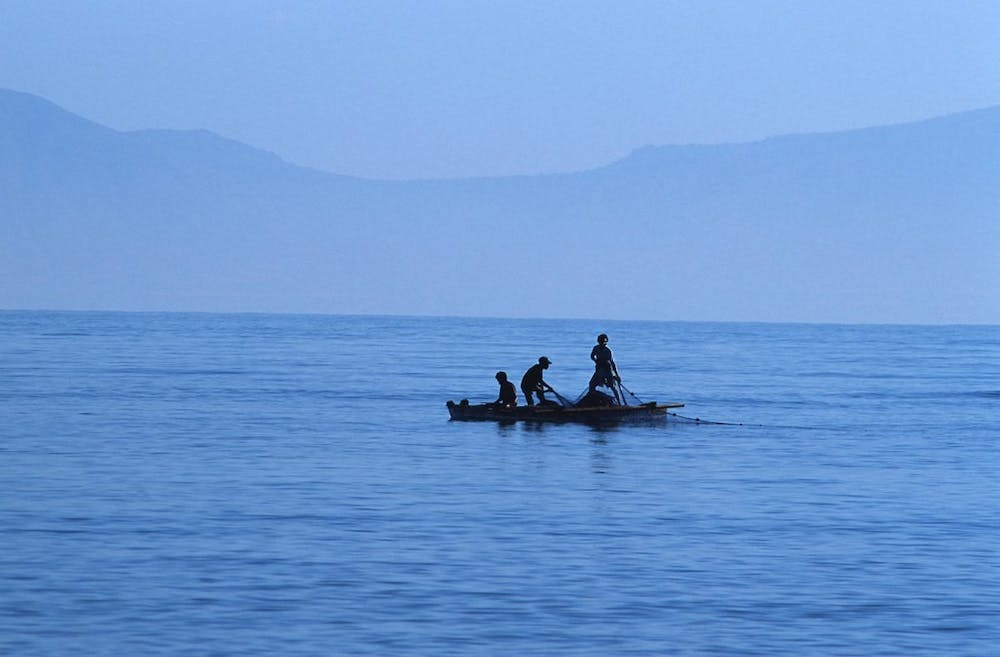 Last week I finished school and opened Netflix, as I now do every night. I had finished all the shows and movies I wanted to watch and was looking for something interesting. One of the easiest ways to get new recommendations is to check out Netflix’s Top 10 List, so I headed over there. One of the suggestions was a documentary called “Seapiracy”. With its seemingly obvious title paired with an image of whales plunging into an ocean that changes from red to deep blue, I felt drawn to it. I had ignored it before because I just thought it was hackers. Since I had just watched a pirate show, I wasn’t very interested. In short, I did not know what I was getting into.

The documentary “Seaspiracy” explores how the global fishing industry contributes both to pollution of the seas and to the decimation of populations of fish, whales, seals and dolphins. The film begins with Ali Tabrizi, British filmmaker and creator of the documentary, discussing his own connection to the sea and his journey to find out how he can help fight ocean pollution. Throughout the film, he combines striking videos of whaling, fishing, fish farming and trawling with interviews with environmentalists, whistleblowers, activists, fishing companies and slaves working in the shrimp industry in Thailand. Tabrizi has partnered with Sea shepherd, a marine conservation organization known for its controversial “direct action tactics” with a fleet of ships to protect marine life, in the making of the documentary.

The documentary exposes the dangers of the apparently safe measures and equipment adopted by the industry. The net, for example, was designed to trap and kill sea creatures. Even when thrown as garbage in the ocean, nets still trap and harm animals. The Dolphin Safe label and MSC blue check mark on fishery products, which are supposed to indicate sustainable fishing, mean nothing because companies have to pay for the label. The body responsible for the label speaks to the captains of vessels who fish without witnesses. These tidbits of information are just the tip of the iceberg in seaspiracy. Here is some more important information the creators bring: Most of the consumption of fish contributes to the death of dolphins. About 50 million sharks are accidentally caught by the fishing industry. The oil spill in the Gulf of Mexico ironically preserved ocean life by giving the area a break to recover as vessels were not fishing there due to the risk of contamination. These shocking findings and many more are explored and documented in this production.

Whether you’re a regular documentary watcher or just looking for some entertainment, I promise you will love this movie. The fast-paced storytelling paired with incredibly beautiful and heartbreaking footage makes it informative and engaging. Statistics are used sparingly at the right time, capturing the public’s attention rather than overburdening them. The producer is incredibly good at asking tough questions in a straightforward and almost naive way, which left interviewees confused and angry. The purpose of these questions is to surprise the people questioned and make them admit, either aloud or via their reactions, things that they would not have otherwise. Why are you killing so many tunas and then using another port to kill the dolphins while insinuating that they are the ones killing the tuna instead? Why don’t you blame the fishing industry for the plastic they produce in the ocean, which makes up 40% of the Great Pacific Garbage Patch, and instead move it to plastic straws, which are only 0.03% of the plastic in the ocean? Why don’t you directly tell people to eat less fish?

These questions prompt ocean enthusiasts, animal lovers and everyone who lives on the planet to reflect on the devastating impacts humans have brought to the sea, while also providing plenty of information such as where your food. In addition to all the other facts that I have learned, the main takeaway that I will try to implement in my life is â€œeat less fishâ€.

Arena Football is coming to all sports TV networks