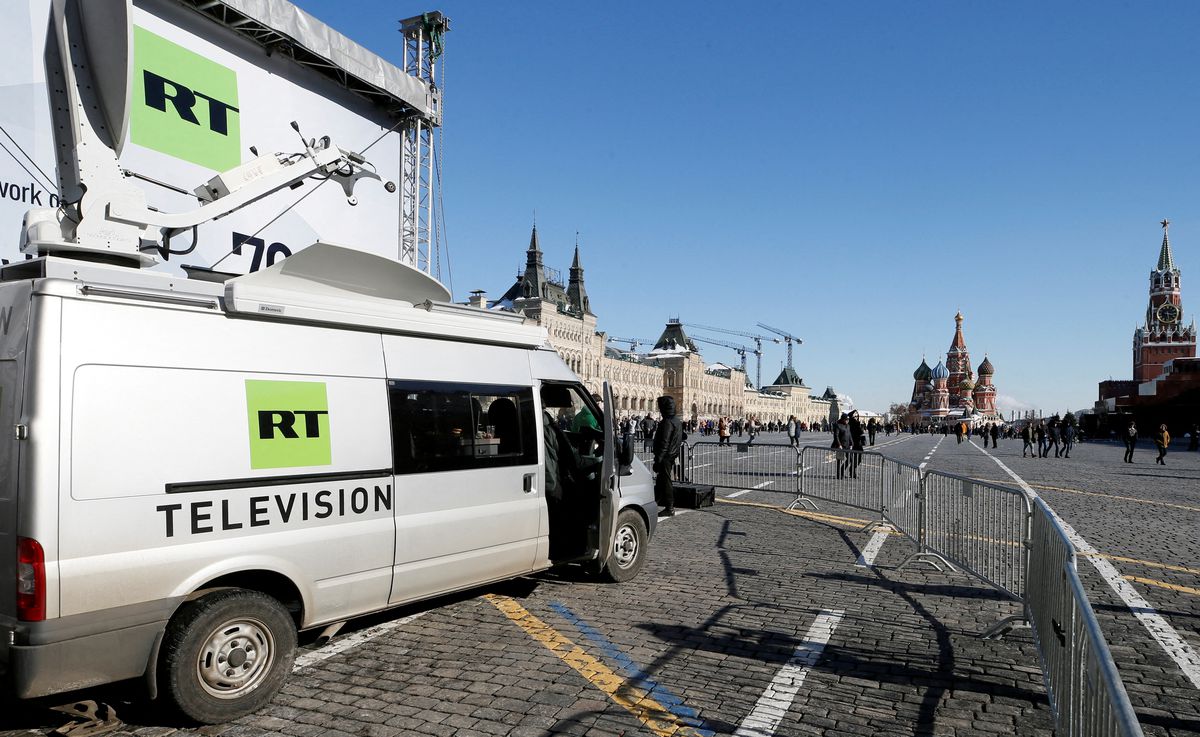 Russian TV network RT can no longer legally air on Canadian screens, according to CRTC rules

Canada’s federal broadcasting regulator has ruled that RT, a Kremlin-controlled network, can no longer legally air on Canadian television screens.

“Free speech and a range of perspectives are integral to our democracy. However, it is a privilege and not a right to be broadcast in Canada,” the Canadian Radio-television and Telecommunications Commission wrote in its decision on Wednesday.

The CRTC statement added that the regulator is “concerned about programming from a foreign country that seeks to undermine another country’s sovereignty, demean Canadians of a particular ethnicity, and undermine democratic institutions in Canada. “.

The decision came after an expedited hearing on whether the English-language channel and its French service, RT France, should be allowed on Canadian television screens, following the recent invasion of Ukraine by the Russia.

The channel, formerly known as Russia Today, has been recognized for years as part of the propaganda efforts of President Vladimir Putin’s regime. In recent weeks, its programming has reflected Russian talking points, such as referring to the bombing of Ukrainian cities as a “special military operation” rather than an invasion.

On February 27, Canada’s largest television providers – including BCE Inc., Rogers Communications Inc., Telus Corp. and Shaw Communications Inc. – announced they would be removing RT from their channel listings. The next day, Prime Minister Justin Trudeau said he would ask the CRTC to consider whether RT should be removed from the list of non-Canadian channels authorized for distribution in that country.

“There is a significant amount of misinformation circulating from Russia, including on social media, and we all need to continue to speak out against it,” Trudeau told reporters Feb. 28.

RT sought to reach the widest possible audience in Canada by forgoing the usual business model – in which TV providers pay to broadcast a channel – and instead providing its signal for free. In the past, the channel has even paid some major providers to ensure the channel is included in their TV packages, The Globe and Mail reported in 2017. These Canadian companies are not required to publicly disclose the terms of these deals. .

As part of the hearing, the CRTC received 373 submissions from Canadian organizations and individuals. Of these, 350 argued that the regulator should ban the channel, while others argued that it would constitute censorship.

The regulator has said in the past that it would be “predisposed” to approving the distribution of non-Canadian news channels in Canada, in order to provide choice and diversity within the system – as long as those channels do not do not violate rules such as those prohibiting “abusive commentary” under Canada’s Broadcasting Act.

But the CRTC signaled early in the process that it may consider banning RT, writing a preliminary opinion that it may violate those abusive comment provisions and “does not serve the public interest”.

In its announcement of the decision, the CRTC noted that some of the observations applied more broadly to Russian state-controlled and sponsored media, but clarified that the scope of this hearing was limited to RT and RT France. The Russian channels Channel One and RTR-Planeta are also on the list of non-Canadian stations authorized for distribution.

RT’s distributor in Canada, Ethnic Channels Group Ltd., based in Markham, Ont., will “happily comply” with the CRTC’s decision, chief executive Slava Levin said in an interview Wednesday. However, Mr Levin objected to TV providers removing the channel without notice.

“They should have waited for the process. It set a very bad precedent,” Levin said. “The [TV providers] jumped the gun, and it could create a very slippery slope for us in terms of future strings being shut down at will without any CRTC oversight.

When asked if he would have been comfortable continuing to distribute the channel had the CRTC decided otherwise, Levin said no. But he added that he continues to distribute channels that air content he disagrees with.

“I cannot be the keeper of the chains; otherwise I shouldn’t be in business,” he said.

Also on Wednesday, Canadian Heritage Minister Pablo Rodriguez issued a call for proposals to help combat online misinformation and disinformation, announcing $2.5 million in funding over four years for such efforts.

In a statement, Rodriguez thanked the CRTC for its prompt review of RT.

“Our system operates, independently and in accordance with due process and the law,” he wrote. “It limits Putin’s ability to justify his invasion of Ukraine, spread hatred and division and destabilize our democracy.”

Your time is valuable. Receive the Top Business Headlines newsletter in your inbox morning or evening. register today.

Tickets for the World Fishing Fair are on sale