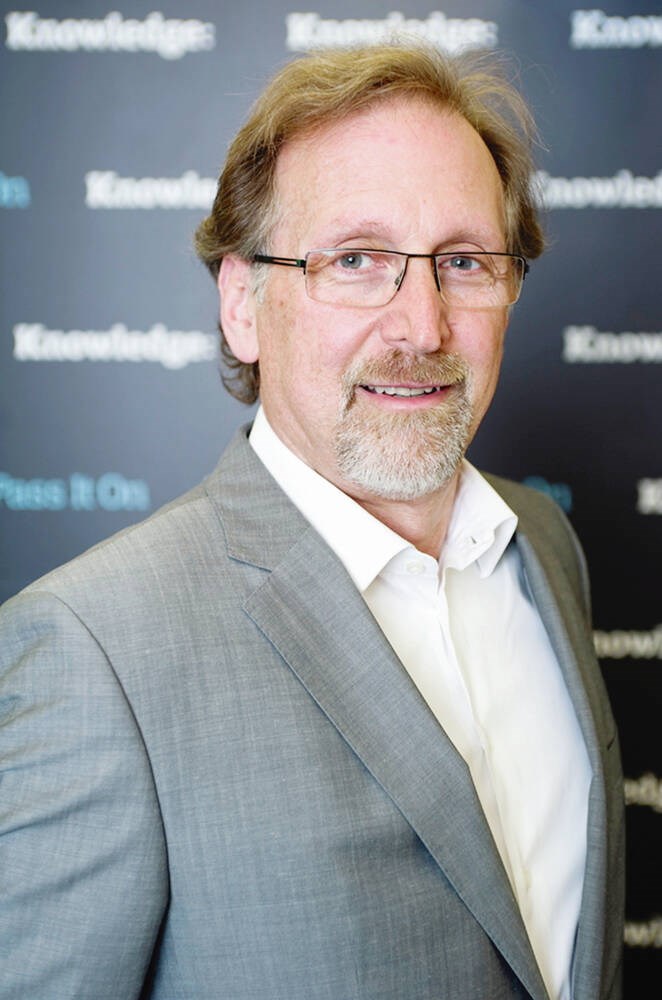 The pandemic has been bad for many, but good for Knowledge. Not pandemic knowledge, per se – it’s a tempting mess sometimes – but K-capital knowledge.

The pandemic has been bad for many, but good for Knowledge.

Not pandemic knowledge, per se – it’s a tempting mess sometimes – but K-capital knowledge. As in Knowledge Network, the province’s public broadcaster, emerging as a quiet success in a sea of ​​streaming and screens.

Without much fanfare, in the midst of its 40th anniversary, the Knowledge Network has risen over the past year to become the third network among British Columbians, behind Global and CTV in prime-time evening popularity. .

If you put aside the brief spell this summer of CBC coverage of the Olympics, Knowledge’s prime-time schedule of original and acquired educational programming surpasses that of the national public broadcaster, with about 40,000 at the listen every hour.

Considering the almost absurd number of viewing choices available, many of which are marketed into conglomerate media empires, this is one of those small network stories that could.

This is despite a government budget frozen for a decade – without even indexing inflation – from the NDP and Liberal governments in British Columbia. There is no indication that this will change anytime soon, notes CEO Rudy Buttignol.

It is a business model that some high-quality media have found feasible in recent years, as a loyal audience will pay modestly but regularly for premium offerings if they feel fragility or risk losing what they want. he appreciates.

Knowledge was able to build this model, unquestionably improving its quality for adults and children whose tastes are not easily served elsewhere, and of course, it did so in a clean, ad-free platform that seems more important. that some programmers might do. think.

Today, the network receives approximately $ 6.6 million in annual provincial grants and an additional $ 6 million from its base of 47,000 direct supporters. The first keeps the lights on, the second keeps the cameras on. Public benevolence in relatively small but coherent engagements, explains Buttignol, is the reason he can order and acquire programs.

“Without them we wouldn’t be able to do something like what we are doing. Acquaintance has developed a demographically limited strategy attracting the serious elder and the curious child; in the process, it captures the parent and middle-aged people in a timeline that challenges in an accessible way and never bends.

He’s not a particularly prolific programmer, but he asserts his place through sophisticated curation.

It should be mandatory to watch it. I was able, luckily, to preview the four hours, which takes place Tuesdays at 9 a.m. over the next several weeks and stream to knowledge.ca and network apps across all platforms.

The series serves as a crash reset on what we know about where we live. The segments – Change + Resistance, Work + Persistence, Migration + Resilience and Nature + Coexistence – are a seamless examination of the socio-economic tensions that have defined us without our learning them deeply.

They are superbly shot, creative documentaries, authoritatively lit by voices traditionally excluded from public narrative. They are, in educational terms, a rewrite of the curriculum, revelations and openings – and yes, uncomfortable, depending on your subject’s stance.

An Untold History is exactly what public broadcasting was meant to be, but it is not in many circles, and emblematic of how knowledge matured under Buttignol in his 14 years.

At 70, largely responsible in this country for the development of cultural policy, Buttignol is far from any suppression of its application or a reminder of his dedication.

Others in the industry see it as at its peak. He chairs an international advisory board on Hot Docs, North America’s largest documentary festival, and his resume reveals relentless occupation and leadership on several boards and industry entities as a senior executive. of four decades.

He has not shied away from speaking out on the dismal dismantling of Canadian media and their weakened state in asserting national identity, and his voice has played an important role in efforts to tax the giants of the media. Silicon Valley which operated unhindered in Canada until recently.

He has spent a dozen years patiently nurturing the development of An Untold History, brought to screen by series producers Leena Minifie of the Gitxaala Nation and Trish Dolman of Screen Siren Pictures and writer-director Kevin Eastwood.

Buttignol’s favorite episode is about our immigration story, unsurprisingly as someone who came to Canada from Italy at the age of four with his mother to find his father, who had come a year earlier to work for the path iron in the laying of tracks in northern Alberta.

Our favorite media, whether film or music, brings our childhood back to life.

He has an eye on the succession three years from the end of his last term, but in the meantime has another important historical project to roll out, one aimed at developing a new audience that holds its space over generations.

This will be a $ 10 million series of 40 animated (and musical) short films for children, Luna, Chip and Inkie: Adventure Rangers Go, 11-minute episodes based on the 15-second clips of their characters we can now see as interstitials that dot the full half-day of the Knowledge program for children.

It will be a good part of his legacy, his version of Sesame Street, and an opportunity for Knowledge to go beyond the province to find a global audience, with Canadian intellectual property lagging behind. He puts the place in good hands for the future.

And it is being done because British Columbians wanted it to be done.

Zee’s biggest shareholder, Invesco, is exploring a deal with Reliance to revive the TV network