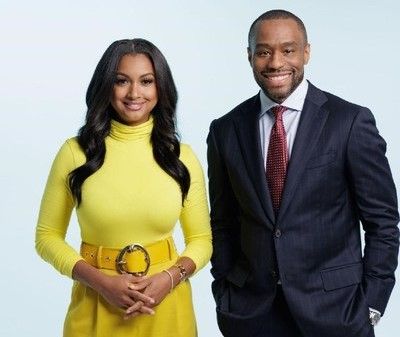 “The Grio With Eboni K. Williams” and “The Grio With Marc Lamont Hill” will feature news and information from the United States and around the world. Reaching more than 50 million TV households and 250 million device users, these two news programs will also be available on demand via TheGrio Streaming app.

Eboni K. Williams is an American lawyer, author and television host. She hosts and is currently an executive producer of the Warner Music Group podcast.

“Eboni K. Williams and Marc Lamont Hill are extremely talented, highly intelligent and will bring much-needed new voices to the global conversation,” said Byron Allen, Founder/Chairman/CEO of Allen Media Group. “The Grio News has a strong and trusted relationship with the Black community. Allen Media Group is committed to investing heavily in The Grio, working with top talent, and growing our global distribution while continuing to deliver excellence. “

“I am thrilled to join The Grio and lead a show that centers black culture and speaks directly to what our people need to know about the American legal system,” said host Eboni K. Williams. “We know the system is rigged, but every night I will give people what they need to know to successfully navigate it and relentlessly pursue justice.”

“It’s an exciting time to launch these bold new shows,” said Marc Lamont Hill. “Given the current social, political and economic climate, we have the opportunity to provide programming that informs, inspires and empowers our community. Our goal is not to play nice, but to speak the truth from our point of view. .”